If you watch Colbert, you may have noticed that one of his recent guests was a laconic matinee idol with a regal bearing and long flowing locks.  No, he wasn't shilling his latest Hollywood blockbuster, he was just standing there looking uncomfortable on the set and spooked by the applause.  If you haven’t yet watched it, see for yourself:

Note Colbert saying that Frederik the Great was voted the World's Most Handsome Horse.  Not that Stephen really cares, but there was no such vote.  The pathetic truth is that Frederik's owner called him that, posted it on his YouTube videos, and got lots of hits.  No disrespect to Frederik, since this isn't his fault, but he is about average for a Friesian stallion.  His owner claims his hair is especially thick and long.  It's lovely but, again, it's average for the breed.  The only thing about him that's above average is the aggressive PR machine run by his owner, and that's deplorable (a popular word these days).

But I promise I won't market him as the handsomest horse in the world, even if I think he is. 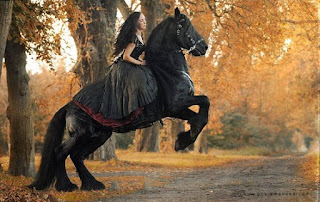 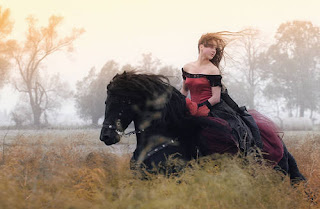 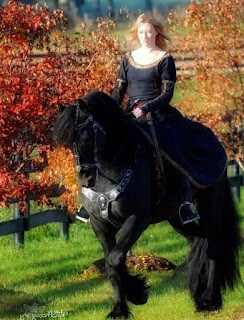 Posted by Piranha Chicken at 00:19