"You have great hair. Can I see your tits?"

Why, sure, strange man on the Internet viewing my online dating profile, I'd be delighted to send you nude pics.  Would you like a blow job as well?


Where do men get their sense of entitlement?

This recent post in my opera group inspired an outpouring of similar screenshots and tales from other women: 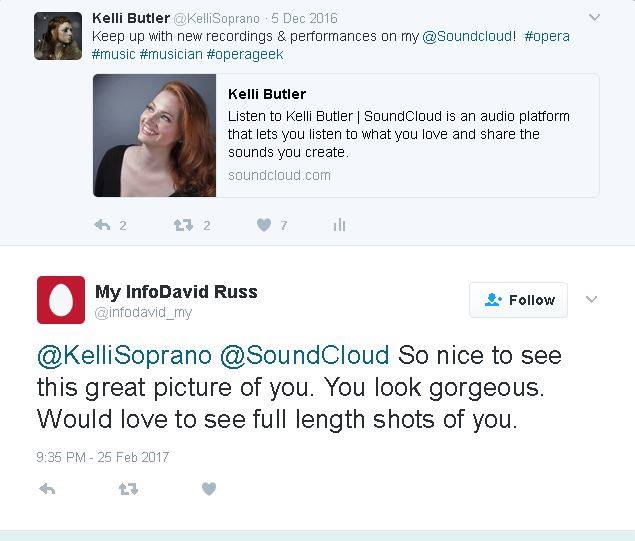 I respond to about one out of 50 messages I get on the online dating site I am using.  Guys I don't respond to sometimes message me angrily with some charming variation on "Fine, don't answer, you stuck-up cunt, guess I ain't good enough for you, well, fuck you, bitch."  Gosh, missed a gem there.  My loss I didn't take him up on his request to send more pics.

Apparently, when a woman posts a photo on the Internet—whether a professional headshot along with sound clips by a singer, a suited and suitably dour LinkedIn pic, or just your bog standard profile photo on Twitter or your blog (no, I don't have one here, but that's less to avoid the creepers than because this blog is deliberately anonymous to keep me at least nominally employable)—she is inviting men to make unsolicited comments on her appearance, request more photos, and excoriate her as a lesbianfeministmisandrist (or is that redundant?) if she doesn't respond, or responds negatively.  And I haven't even gotten into the dick pic phenomenon.

Actually, since what I want to know here is why men feel this sense of entitlement, the dick pic thing is instructive.  A journalist actually conducted an (admittedly informal, unscientific) survey of men who sent unsolicited dick pics to learn their motivation.  Were they just trolling, attempting to annoy and get a rise out of random women?  Did they actually think the women would want the photos, that some positive contact might result?  In some cases, it was the former: “I think that 'lashing out' towards women on online dating sites, whether harmless annoyance or genuine harassment, is caused by being ignored so thoroughly by so many women. After a while, women on these sites aren't people with feelings; they're just thousands of profiles who all seem to dislike you for completely unknown reasons."

But for the vast majority, it was the latter: "Anais Nin once said, 'We do not see things as they are, we see them as we are.' I would be over the moon if some woman sent me a picture of any nudity whatsoever, so I assume that women feel the same way.”

I suspect that is also part of the reason for the inappropriate compliments on professional photos.  Men aren't known for their empathy; women tend to be better at seeing the world from another's viewpoint.  A man wouldn't mind getting unsolicited nude photos, or having strange women tell him he looks hot in his professional headshot.  He wouldn't see it as threatening, nor as denigrating his professional abilities or trivialising his worth in any way.  So, it simply doesn't occur to him that women might view it differently. 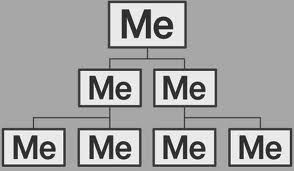 But that's only part of the story.  There is also an overriding sense of entitlement that seems to be pervasive amongst men of all races, classes, and cultures.  Cat calls and online harassment are its most benign manifestation; it is exhibited throughout the world via rape and the subjugation of women.

Where does it come from, this sense of entitlement?  It seems to have been an indelible part of the male psyche since the dawn of recorded history.  Was it an evolutionary adaptation that tracked with some useful traits for survival?  Confidence may be sexy, but entitlement is a turn-off.  Yet, entitlement is rooted in narcissism, and some amount of selfishness is undoubtedly linked with an instinct for self-preservation.

Entitlement also manifests outside of the battle of the sexes, in behaviours like cutting in line, road rage, cheating on tests, stealing, etc.  And women are certainly not immune—I have a shocking sense of entitlement in certain areas of life, and I don't know anyone of either sex who doesn't.  But what mitigates it in dealing with other people is empathy.  A lack of empathy is at the root of an obnoxious sense of entitlement.  Men, stereotypically, do not develop empathy.  Is that nature or nurture?  The jury is still out on that, but it seems to be a little of both.

Digging for the cause might help us find a solution.  In the meantime, occasionally a creeper gets what's coming to him: 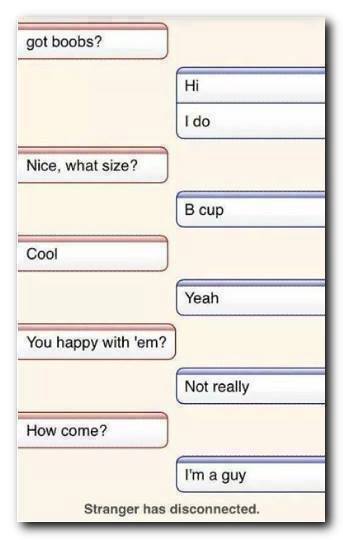 Posted by Piranha Chicken at 14:52