More Tales From The Trenches 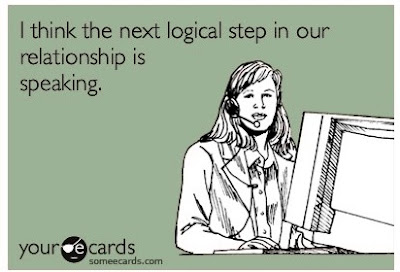 (You can read my first post about online dating, in which I explain the dick pic phenomenon, here.)

"Is racism a deal-breaker?"

The genesis of this post lies in the moment I observed that I was asking myself that question in all seriousness.

It happened after speaking with an online suitor who ticked so many of the boxes (even ginger!) that I found myself unusually hopeful and optimistic.  But over the course of a two hour conversation, during which he asked me zero questions, it became clear that he held some racist views.  We left it that I would call him if I were still interested and I found myself considering it.  I mean, if he ticked other boxes, was believing that other races were intellectually inferior to whites something I could overlook?

It was one of those step-back-and-look-at-yourself moments that makes you question your entire life path since conception. 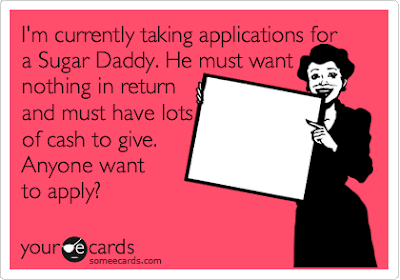 I have already explained in another post that I embarked on this online dating lark for two reasons only: 1) I want financial security but I have no chance of achieving it on my own; and 2) I want biological children before ye olde eggs spoil and I cannot afford to be a SPBC—new acronym I just learned: Single Parent By Choice.

Dating in such a time-sensitive, calculating way has proven distasteful.  One of the best pieces of advice my mother ever gave me was never to be emotionally or financially dependent upon a man.  As a feminist, the idea of needing a man for his money is anathema. On the emotional side, "I've had enough so-so for the rest of my life" but the dictates of biology and finances don't give me the luxury of waiting. 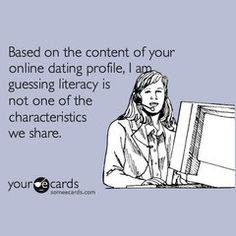 Add to this some recent discussions about men amongst friends and online:  Increasing numbers of women are describing themselves as "happily" widowed or divorced, declaring themselves "post-men" or otherwise not seeking out relationships.  The general consensus seems to be that men are not worth the hassle—if you don't need one to co-parent or help pay the bills, then you are better off single.

If I am questioning whether I would seek out a new relationship if I were independently wealthy, and if many women are choosing not to date, that is a pretty depressing indictment of half the population.  There have to be some advantages to being in a relationship, right?  Most couples are together for financial reasons, but surely not all of them?  I could think of a few possibilities:  I occasionally have to move heavy objects.  It would be nice to get a lift when I have to take my car to the garage for repairs.  It would be useful to have someone to watch the house, take care of the cat, and water the plants when I go out of town.  I need daily massages.  I like to have someone to cook and bake for who appreciates it.  But none of those things requires a romantic partner, or even a male.  (And I've never met one willing to reciprocate a massage.)  Sex?  Horniness is a constant problem but I've only fucked four men in my entire life, so clearly I am not the casual sex type.  I've never had a one-night stand but one obviously does not need to be in a LTR to have sex.  Intimacy?  I've yet to date a man capable of it so that's not guaranteed in a relationship. 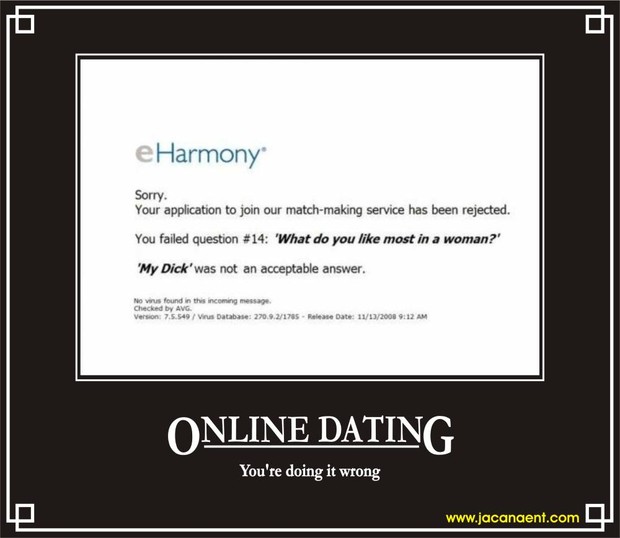 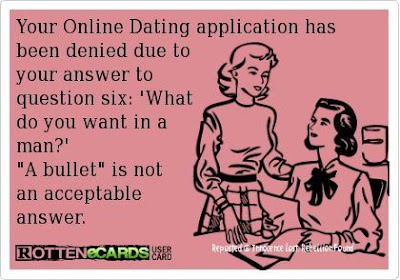 I posed the question about the value of relationships in a private, candid online forum populated by thousands of thoughtful women over 40.  I expected a poignant stream of responses describing the joys of coupledom that were eluding me, anecdotes, and odes to concerned, supportive partners that would restore my faith in relationships.  Or, at the very least, give me some less cynical views on dating.

I think you can guess what happened. 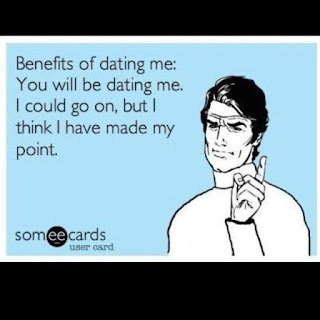 At this point, I don't expect to meet anyone online.  I am overwhelmed with messages (I respond to about one out of 100) but it's easy to dismiss anyone who does not tick every box on my list.  A 51-year-old man from CT messaged me yesterday and his profile reflected a well-earned cynicism about online dating: "What's so frustrating is that [after 7 years on this dating site] I have to qualify myself to mostly antisocial, contemptuous, vainglorious, standoffish, superficial, narcissistic, aloof, fickle women...Which I refuse to do. Ladies, you should be lucky to meet/date me." I can understand his frustration; I'm yet another woman who is going to see that he is only 5'8" and balding, and never write back to him.  Yet, if I met that guy in another context, perhaps he would have some qualities that might inspire compromise or there might be chemistry that overrides every other consideration.  Well, not him, he's clearly an asshole, but I mean any guy to whom I don't deign to reply based on a 5 second glance at his photo and profile.

OTOH, I could have great chemistry with someone I met in person who turns out to be unsuitable – maybe he doesn't want kids or he doesn't have enough money.  That would suck, but at least I have a better chance in person of meeting someone whom I like rather than who ticks boxes, who inspires me to view a potential relationship other than as a necessary evil. 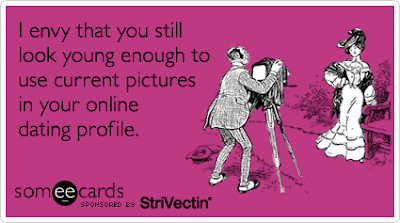 Posted by Piranha Chicken at 02:49