An Even Bigger Pain in the Arse Than Donald Trump

Segueing briefly from politics to other forms of chronic pain, I finally have a diagnosis for the back problem that has dogged me intermittently for over four years: Sacroiliitis.  (Say it 10x fast.)  In prosaic terms, it's inflammation of the SI joint.  Well, there are actually two of them, on either side of the sacrum.  They perform the minor task of connecting one's spine to one's hips.  The inflammation in mine is about 70% on the left and 30% on the right, which coincidentally also describes my political views. 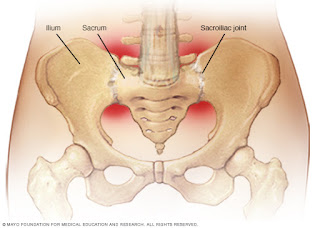 What's causing them to protest so vehemently and relentlessly?  There are a variety of possible culprits, as when you are grouchy and it could be anything from global warming to hangriness to just generally being an arsehole.  In the case of sacroiliitis (c'mon, it's such a weird word you know you like saying it), I could have an anatomical predisposition to it.  It's mainly women who get it, and my hip bones are wide even by female standards, which puts stress on the pelvic ligaments.  Yes, I have classic childbearing hips that I have not been able to make use of yet.  (Still working on that – as Olympia Dukakis said in Moonstruck, "It ain't over 'til it's over".)  Alas, they're not considered nearly as attractive in the 21st century as they were in the 19th.  Wide hips mean a wide arse, which is never a good thing, Meghan Trainor notwithstanding. 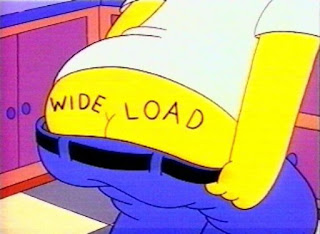 Aside to other wide-hipped women out there:  Always, always, and I mean always, wear fitted clothing.  Baggy clothes are your enemy.  Anything that hides your tiny waist is going to make you look like a hippo.  Trust me on this one.  The bottom half of the hourglass may be fuller than the top, but cinch that waist so it doesn't look like a beaker instead.  Think 40s/50s vintage pin-up silhouette. Just buy all your clothing here and you can't go wrong. 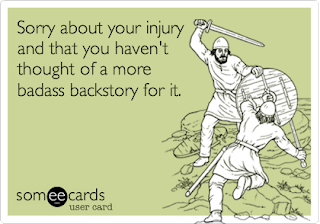 Arthritis can cause sacroiliitis, as can infection, and some scary diseases.  But the most likely cause is traumatic injury that creates some sort of imbalance that is aggravated with movement like running.  In my case, I had a minor riding accident 7 ½ years ago when I fractured my pelvis in three places on the left side.  It wasn't nearly as dramatic as it sounds; they were just hairline fractures so nothing appeared to be displaced.  But something is out of whack, and I don't just mean with the electoral system.

Treatment options suck.  I'm not willing to take pain medication even temporarily, let alone permanently.  I take an ibuprofen once every few months when it's really unbearable and I freak out just about that.  A cortisone injection might get me through the marathon.  I've only been able to complete about 25% of my training program due to this and I only have four weeks left to catch up.  But the injections are hit or miss, not guaranteed to make a difference in individual cases, and they are not a simple matter of popping into the doctor's office for a shot.  As an acquaintance who recently had it done described it, first they inject you with about a quart of lidocaine, although they admit it only numbs the surface and not deep into the joint where the cortisone shot will go.  Then, using an ultrasound for guidance, they manoeuvre a needle about the size of a garden hose to get the cortisone into all the nooks and crannies.  It sounds like so much fun, who could resist?  But I am still trying to find out if my insurance will cover it, and, in case the victim, I mean, patient requires sedation (which I won't, but my needle-phobic readers are nodding their heads vigorously), they make you bring someone to drive you home afterwards.  I hate asking favours and certainly don't have any local friends I'd feel comfortable putting up to that. 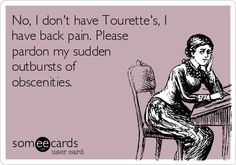 There are exercises to strengthen the surrounding muscles and loosen tightness in the joint, but I have already been doing them with no discernible improvement.  In fact, when the problem started years ago, I blamed it on my old futon or on having gotten fat and out of shape.  But when I lost weight and started exercising again, it got exponentially worse.  Rest eases the inflammation but that I cannot do, not if I want to keep losing weight and getting in better shape, and certainly not with the marathon imminent.  I have been sucking it up but there are, unfortunately, limits to that.  When it's really bad I literally cannot run; when it's at its worst, it's similar to sciatica and I become like a turtle on its back: I cannot turn over and get up.  I don't cry often but I have cried from this, not from the pain but because I am a control freak.  Any loss of control is unbearable for this uptight WASP -- you won't find me taking drugs, drinking to excess, or allowing anyone to tie me up during sex either. 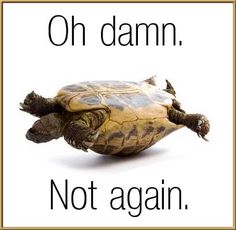 I literally cannot remember the last time I had a full night's sleep without my back waking me up.  As I documented in this blog post and then this one, I have tried changing mattresses as a possible solution.  My fancy new mattress has put me deeper in debt but it hasn't helped my back as I had desperately hoped it would.  (At least it's terrific for sex – I'll try to keep thinking of that as I pay it off over the next many years.) 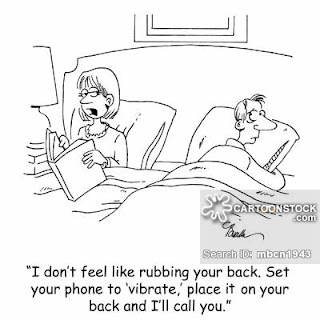 Yoga helps, and I am counting on that as a permanent fix.  Alas, there isn't much my hot chiropractor can do except relieve symptoms on a temporary basis.  Massage also helps tremendously as it relaxes the muscle tension that builds up everywhere.  As much as I like being single, I keep fantasising that having a partner to give me massages would be lovely.  And then I remember that no partner has ever given me a massage.  You know how it goes:  They either want you to give them a massage first, after which they claim they are too relaxed to reciprocate, or they rub your back in a half-assed inept fashion for about a minute and then start feeling you up, which would be fine if it were in addition to rather than instead of the massage.  (Although a partner, no matter how poor a masseur, would enable me to go back to the hot tub place, which really helps.  Gods, I miss that.  I think the two-person rule is unnecessary.  Maybe they could use cameras to make sure no-one drowns.  Just kidding.)

But, hey, after years of wondering why my back was trying to ruin my life, at least I have a diagnosis.  That's a start.  I'll take it, and run with it. 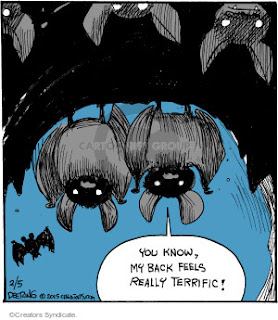 Posted by Piranha Chicken at 10:40