"Does Trump have the discipline to be a good leader?" 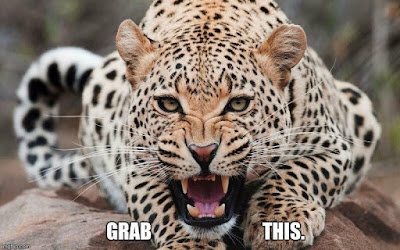 If your drinking game from last night involved Trump's sniffing, you are probably nursing a substantial hangover today.  Alas, I am temporarily teetotaling in an effort to lose weight (I know, I should skip the ice cream & keep the booze, just STFU), but I'll be gentle and not tax you with a long review of last night's #TrumpsterFire. 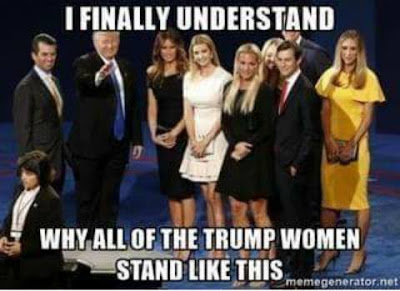 As I stated in my post on the first debate, both candidates need to attract undecided voters, not preach to their own choirs.  Clinton flubbed a few times, as she always inexplicably does, but mostly came across as good-humoured, even-tempered, competent, capable of taking the high road and remaining unruffled by the ignominy of having to debate this buffoon as if he were a serious opponent, and deal patiently with inane questions that have little to do with policy.  But she will get no credit for that; her debate performance persuaded few undecideds to her side.  Some people who refuse to vote for her genuinely disagree with her on policy but the vast majority don't think she is qualified to be president due to her sex.  They won't admit this to themselves, so they inflate every molehill into a criminal mountain.  There is really no way through that subconsciously sexist mentality.  Clinton doesn't have a natural flair for public speaking but even if she did she'd just be called a slick political insider, and that's another thing she has against her.  In every election since Andrew Jackson's, candidates have used their status as outsiders to convince voters that they will make big changes.  But Republican obstructionism has made voters more frustrated than ever with politicians, so Clinton's experience is used against her rather than to bolster her qualifications.  If she got angry, she'd be seen as shrewish, "unattractive", yet her good humour is read as smugness.  Candidates have been called supercilious in debates past but never has there been any discussion about how much a candidate smiled in a debate.  Clinton has been the subject of commentators deliberating, quite seriously, whether she smiled too much or too little in each debate.  By being prepared and knowledgeable, she is viewed as scripted and insincere.  She is in an impossible situation.  There is almost nothing she could say or do in a debate that would pull in voters, even if you can argue that she does little to help herself. 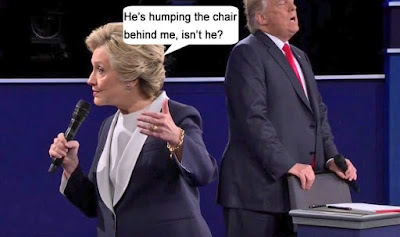 Trump, in contrast, had an almost limitless opportunity to pull in both reluctant Republicans and undecideds by apologizing for his past behaviour and presenting himself as a serious candidate.  As has been said many times, the bar is set so low for him, he just needs to act the tiniest bit sane and competent, give any concrete answer at all to policy questions, and dispel concerns about his temperament by simply keeping his shit together for 90 minutes.  Once again, he showed himself incapable of any of that.  He didn't gain any new supporters last night (Frank Lunz's bizarre wet dreams notwithstanding), and neither did Clinton.  So, we are basically at status quo ante on this Monday morning, some of us a little hungover and a little sickened by the events of the weekend.

John Oliver, alas, taped his show before the debate, but weighed in on pussygate.  Colbert had also pre-taped his show but couldn't resist getting a little catty from his study.  Attention has naturally been focused on Trump's claim that his celebrity status enables him to kiss and grope any woman with impunity, but this is only the latest in a long line of similar remarks, so it's a bit baffling why this one in particular has taken on last straw status.  He's been on Howard Stern so many times that there is almost limitless similar chauvinistic banter on which to draw.  When Stern asked Trump whether he'd have sex with a woman who was having her period, "Donald, seriously, you would not, right?", Trump responded, "Well, sometimes you get there by mistake."  Um, let's unpack that.  If things are moving in a fuckward direction, a woman is going to mention she's having her period before the guy "get[s] there by mistake" so as not to provoke his latent castration anxiety with unexpected blood on his dick.  The typical male response to that information is "you're not fuckable at present but you're still obliged to satisfy me sexually so I'll take a blow job instead".  So, the obvious assumption regarding Trump's claim of getting there by mistake is that he was, shall we say, making the journey without consent.

In contrast, pundits are making too much of his disagreement with Pence on Syria.  In the early republic, the vice president was the candidate who got the second highest number of electoral votes.  When parties coalesced, that meant working with a political opponent, which led, eventually, to the candidates for both offices sharing a ticket.  The VP candidate is normally chosen to balance that ticket, which can put some daylight between him and the nominee.  This is usually considered a good thing as it casts a wider net for voters.  In this case, Pence is obviously supposed to appeal to the religious conservatives.  So, the fact that they haven't spoken and have publicly disagreed on policy is just another indication of the unserious and disorganised nature of Trump's campaign, but it isn't otherwise remarkable.

Finally, Trump's response to every policy question was to inveigh against current policy and attack both Clintons, Obama, and anyone else handy, including the moderators.  He's like a grown-up version of that kid who was always complaining he was bored but never had any suggestions for what to play.  The moderators tried to goad him into actually answering a question - it was great when Anderson Cooper said very slowly, "I am going to repeat the question in words of one syllable that even a complete fucktard like you can understand" - but they failed.  It was a policy-free debate, all mudslinging.  In some ways, this whole election is hilarious, but it's alarming that people are voting for this sack of shit. The mere fact of his nomination and his polling in the vicinity of 40% today says many things about the country and all of them are bad.

Posted by Piranha Chicken at 00:18