Quitting the Rat Race Too Soon 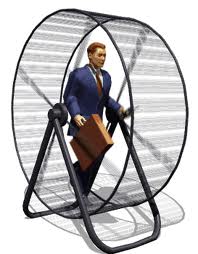 Unsurprisingly, for some years now I have been obsessed with stories of city people who decide one day to ditch the rat race and move to the country.  I love the stories of the culture shock and the mistakes they make as they learn farming and animal husbandry.  Two of my favourites are "Fifty Acres and a Poodle" and "It Takes a Village Idiot".  I also enjoyed "Hit by a Farm: How I Learned to Stop Worrying and Love the Barn".

These stories all share some common traits.  The protagonist is fed up with running the rat race in the concrete jungle.  Tired of being consumers, they want to be producers, to make the necessities of life for themselves instead of working for someone else to obtain the money to buy them.  They want space and tranquility, a view, a slower pace of life.  They don't want to work less hard, just differently.  They would rather get up at dawn to see the frost on the fields than to beat rush hour traffic on the Interstate.

For me, this same decision was not a lightning bolt revelation but a slower process.  Having grown up in a city apartment, with the world at my doorstep, I was worried that I would feel bored and isolated in the country.  I had no connection to the earth, to growing things, to seeing stars at night, to country sights, sounds, and smells, to fresh-picked fruits and vegetables, to local food, to planting and weeding, fertilizing and canning.  Farm machinery scared me (it still does, to be honest).  One of the most daunting aspects of country life was the fact that I didn't even have a driver's license.  You can't keep a car in the city unless you are filthy rich, so my mother didn't have one.  I grew up a block away from a main station for buses and trains, so who needed a car anyway?  People who lived in the suburbs had cars, and that soulless Metro Land repelled me.  I associated the 'burbs with bourgeois conformity and mind-numbing consumerism.  Actually, I still do, but I understand the compromise that people who work in the city but want a little green space, a few stars, a rose bush or two, make by living in the suburbs.  It ain't the country, but they have grass and trees and they can still have their Habitrail connection to their rat race job. 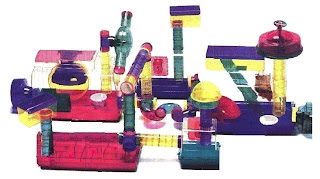 But the suburbs were never for me because I have always loved horses.  It was horses that ignited my country dream.  I always wanted a horse farm of my own, with lots of acreage for pastures, a cross-country course, indoor and outdoor arenas, paddocks and barns.  Horseback riding as a child involved a series of bus rides from the city out into the suburbs and then a long walk or bike ride into a rural area beyond the reach of public transportation.  There were a few barns left in the city and suburbs (now long gone), but they were prohibitively expensive, offering riding instruction only for the children of the very well-to-do.  So, I had a horse farm dream before I had a country dream per se.  It was more that I needed to be in the country to have the horse farm than that I wanted to live in the country to grow my own food and retain my sanity.  Obviously, my thinking evolved.  As I became more familiar with the rewards of country living—got a driver's license and a car, planted a garden, got chickens, bought local foods in season, etc., my appreciation for country life grew.  I began to dread my visits to the city, to find my former habitat claustrophobic, crowded, and stressful.  And the country lifestyle jibes with my environmental views.  Not to mention the fact that I knew I wanted my future children to grow up in the country,  not the city.  Having experienced both worlds, there was no question which one was healthier, mentally and physically.

The question is how to make it work financially.  You see, there is one more common feature to all of those stories about city people bumbling into country life:  They all had money.  When they took off their little numbered rat jerseys and stepped off the rat race track, they took the proceeds from the sale of their city apartments, their savings, their retirement plans and family money, and bought themselves a farm of their own.  They renovated and restored their farms, bought farm equipment and animals.  Money seems to flow like water in these stories, with no mention of the well ever running dry.  I, on the other hand, have no money.  Not only can't I buy my own farm, I can't even afford the one I am renting.  Some of these protagonists were able to keep their city jobs, at least at first, by telecommuting. Technology is making the country life more feasible that way.  Telecommuting is my goal but I have not succeeded yet in part because employers usually want to establish a relationship before they allow the corporate tether to stretch so far.  I cannot afford to rent an apartment in the city, close to a well-paying city job, so I need a situation where I can telecommute from the start.  I have an excellent home office, with a view of the sugar maples in the front yard.  I can breathe here but I can also work here.

Another difference is that these stories never mention any preexisting debt.  Homesteading guides gleefully detail how you can live on a fraction of your city income when you grow your own food and make your own clothes, when you cook from scratch instead of eating out and play musical instruments and board games with your family instead of going to movies or paying for cable TV.  That's all well and good but what if you are starting country life with hundreds of thousands of dollars in debt that does not include a mortgage?  I have not one, not two, but three graduate degrees.  I have no job to show for them but I do have over $300K in federal student loans.  I have also been underemployed for so much of my life that I have mostly lived on credit, which has to be paid back, with interest.  I also have a lot of deferred household and personal purchases and maintenance that need attending to asap, not to mention deferred travel to see friends and family in far off places. 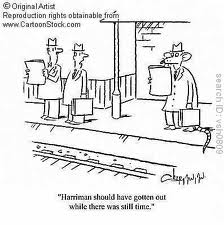 In order to leave the rat race, you have to have paid your dues as a rat.   These people who said "so long" to the other rats and left to go raise sheep somewhere in outerbumblefuck had a rat's nest to sell, and a rat's hoard of savings to live on.  If I had no debt and no major purchases to make, I could live on a low-paying local job but I am in the unique position of needing city wages in the country.  I am placing my hopes on getting a telecommuting gig but if that fails I don't know what I'll do.
Posted by Piranha Chicken at 17:16