Perhaps I should rephrase that.

Things that sucked about 2016:

The rest are in no particular order:

2)   Alan Rickman's death
3)   An annoying back problem progressing to a chronic, debilitating, activity-circumscribing back problem
4)   Losing my job in August

5)   Reaching the limits of my credit, for the first time in my life, so I am without recourse in an emergency.  I'm screwed if my car needs repair (which it does frequently, as it is over 25 years old) or my horse needs vet care (as he did, & I can't pay that bill).
6)   Biological clock ticking increasingly loudly & haven't found suitable baby daddy yet.  Would use sperm donor but see above.
7)   Mom no longer able to cope on her own.  Knew this was coming eventually, but hoped I'd be in a financial position to help.
8)   Dad has prostate cancer.  His brother's had it for awhile & it has metastasised to his bones and other organs.
9)   My closest local friend moved away.
10)  The movement toward censorship, within academia especially, but elsewhere, too, grew alarmingly.

11)  Due to Rethug obstruction, Obama hasn't been able to appoint a replacement for Scalia to the Court.

12) A late, but significant, addition to this list was Silas colicking on Xmas Eve.

1)   Scalia died.  It's considered crass to celebrate anyone's death but I would have been as happy if he'd retired.  He didn't have to be six feet under, just miles from the bench.
2)   Silas & Bishop were a source of joy, and I learned to long-line, a skill I wasn't sure I'd ever have the confidence to acquire.
3)   A new Harry Potter movie was released.
4)   Fell in love with an old friend.  If anyone had told me that it's possible to fall in love with someone you've known for 25 years, I wouldn't have believed it. But it was the full cliché: the cartoon anvil hitting you over the head; all the song lyrics suddenly making sense.
5)   Ran NYC Marathon
6)   Landlord finally towed decrepit farm equipment from garage so, for first time in 14 years, I don't have to dig my car out after every snowfall or scrape ice off on cold mornings.
7)   Started practicing music again, after far too long a hiatus.

I've always been someone who needs concrete goals – e.g., Can't just say I am going to start running regularly; I need to sign up for a specific race and work towards it methodically.  So, what's on the docket for 2017? 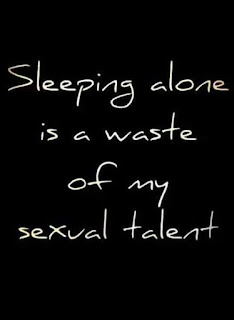 6)   Regain enough proficiency with music to begin performing again by next Xmas
7)   Oddly enough, my running plans do not include racing this year, with the exception of the Kingdom Run.   It was important for me to get back out there in 2016 but it's now counterproductive to race again unless I increase my pace to under a 10 minute mile.  Only if I achieve that goal will I sign up for another race.
8)   Date aggressively to find a suitable partner who wants to have kids (right away)
9)   Get at least 12 pieces of paid freelance writing published – that's only one a month, but still a challenge as so few outlets pay even a token amount now
10) Create a burlesque routine (already have song picked out) & get my fat ass on that stage
11) Keep reminding myself that time is short & it's flying by so seize every opportunity
12) Do everything in my power to ensure that, whenever President Trump enters a room, the band plays the Benny Hill theme rather than "Hail to the Chief".
Posted by Piranha Chicken at 01:19